So-called “minimal changes” are not included in the LA Classification because endoscopists are unable to recognise these changes with acceptable agreement.

The extent of mucosal breaks due to either erosive or ulcerative esophagitis is the sole determinant of each of the four severity grades.

Extent is judged primarily by the radial pattern of mucosal breaks, using the longitudinal esophageal mucosal folds as landmarks, as shown in cartoons (see the LA Classification Poster). 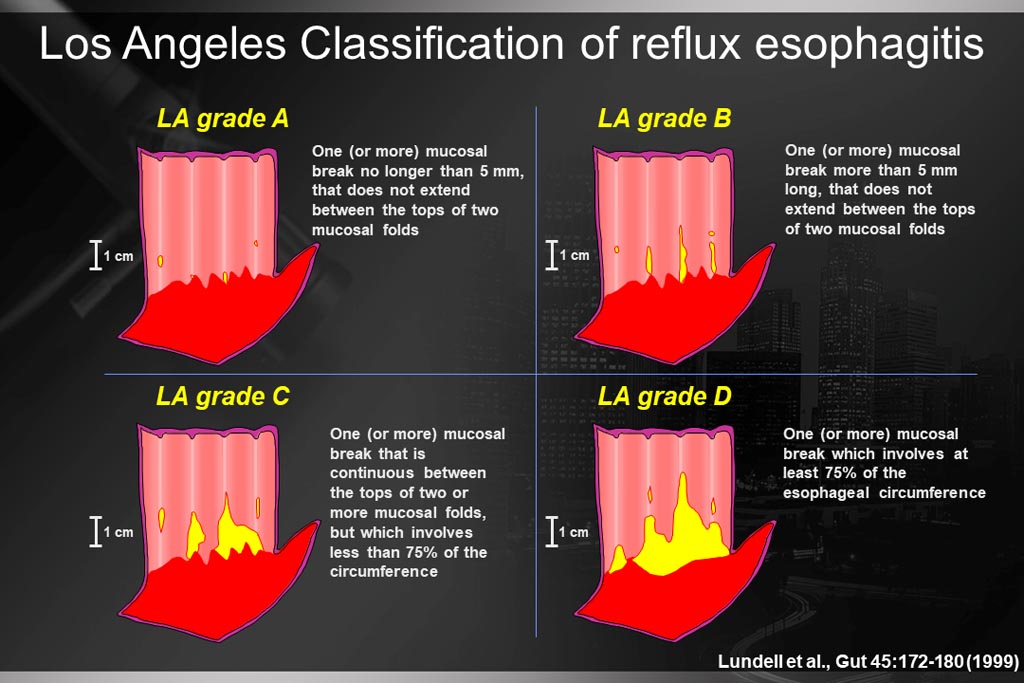 The LA Classification has been adopted widely and is the most commonly used esophagitis grading method in clinical practice and original research publications.

Please confirm you want to block this member.

You will no longer be able to:

Please note: This action will also remove this member from your connections and send a report to the site admin. Please allow a few minutes for this process to complete.

You have already reported this
Clear Clear All

Please contact us if you are having trouble using an IWGCO educati0nal program.  We will do our best to respond promptly to your email, but please keep in mind that IWGCO is a voluntary organization.